Another national entertainment trend soon may pop up in the city’s most sought-after neighborhood! 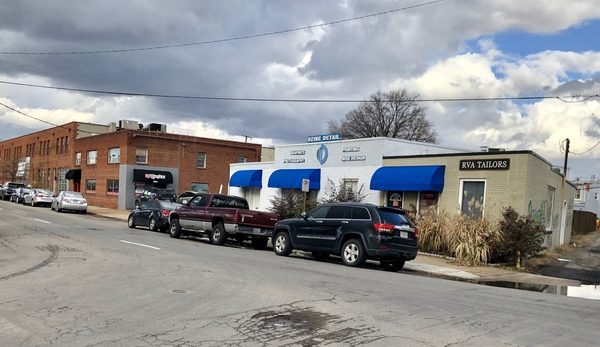 Another national entertainment trend soon may pop up in the city’s most sought-after neighborhood.

An out-of-town buyer is under contract to purchase 2900 and 2904 W. Clay St. in Scott’s Addition, where, according to marketing fliers, the group is planning a 7,800-square-foot food hall that would house a variety of restaurants and beverage makers.

Cheryle Toy, who with fellow Divaris Real Estate | Richmond broker Read Goode is marketing the site, confirmed the property is under contract. She would not disclose information about the buyers or details about the venue.

Plans call for the existing buildings to be redeveloped and repurposed as a “joint venture retail development,” according to the marketing flier, with the pending new owners seeking an experienced operator to create a “multi-venue food and beverage destination.”

Capital will be provided to fully renovate the existing premises, the flier states, and the operator will receive equity in the real estate. 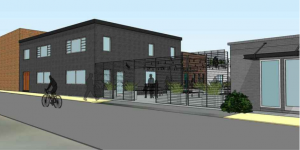 A rendering of the food hall’s exterior. (Courtesy Divaris)

Much of the surface parking between the two lots will be converted into a large patio space to be used by all of the food and drink tenants in the development.

A rendering for the concept also calls for a rooftop deck, with peripheral parking along the alleyways north and east of the property.

The site currently plays host to a handful of commercial users in second-generation, Class C office space – the type of property that developers and investors have been snatching up in the neighborhood to convert into apartments, modern offices, breweries and restaurants.

The properties are owned by Henrico-based WH Real Estate LLC, according to city records. They most recently were assessed by the city at a combined $1.08 million.

Food and beverage halls have taken root in trendy neighborhoods in some of the largest cities in the U.S., such as Industry City Food Hall and Gotham Market in Brooklyn, New York; Ponce City Market in Atlanta; and Union Market in Washington, D.C. Such halls are also popular in Denver.

The concepts thus far have proven successful in mature, denser urban environments with access to other entertainment options, and robust residential and business growth in walkable neighborhoods.

Scott’s Addition quickly has acquired many of those attributes in recent years. Apartments, office and breweries have fueled the neighborhood’s growth, while entertainment has been an add-on in recent months.

Looking to make your move into the city? Or anywhere in Central Virgina….Search all RVA homes here: https://www.thervagroup.com/results-map/