Have you heard? An Old Richmond Soda Brand is Making a Comeback in RVA!! Another retro Richmond beverage company is coming back from the dead.

Local developers and married couple Michael Hild and Laura Dyer Hild are reviving Climax Beverage Co., a local soda company that went out of business in the 1960s.

They’ll give Climax, which once had a glowing neon sign overlooking Belle Isle from Hollywood Cemetery, new life on the Southside at the site of the former Siegel’s Supermarket at 2005 Hull St. The Hilds bought the property for $630,000 in October, as part of their growing portfolio of real estate in and around Old Town Manchester.

Climax’s roots date to the 1930s, when it was owned by Home Brewing Co., which stopped production of the soda in favor of beer after the end of prohibition. Home Brewing also made Richbrau, a once-defunct beer brand that’s being reinvented by local real estate broker Matthew Mullett.

The Hilds have been working on bringing back the concept for about six months and are applying for trademarks on the name and old logos.

They haven’t yet determined where on the Siegel’s site Climax will be housed, but are planning for the soda venture to be part of a mixed-use development on the property that will incorporate the long-vacant grocery building.

“The development is bigger than just Climax,” Hild said. “Climax may not go into Siegel’s itself, it may be in an adjacent building.” 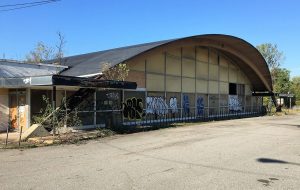 They’ve enlisted SMBW Architects to design a master plan for the two-block site that may include more beverage makers, restaurants and grocers.

“We want to do a food- and beverage-focused development,” Hild said.

“The idea is to have a thoughtful mixed-use development for the commercial and light industrial part of it, and ring that with some residential.”

Hild added the whole development may be years away, but that he’d like to have Climax operational within two years.

The Climax reboot will feature its original staple sodas, such as ginger ale, and new alcoholic takes on some classics. The boozy versions include hard root beer, cider and sparkling wine.

Hild said he and his wife have searched to find out as much as possible about Climax’s old recipes and operations.

“We’re working with The Valentine museum and reaching out to members of their family to get a little more info (on Climax) than we already have, but we do have the recipe for the pale dry ginger ale,” he said.

“I acquired the one and only original label that I’ve been able to find, which had the ingredients on it and has been a big help.”

That process also includes an effort to recreate the neon sign Climax once had on Belle Isle and have it on site at the Siegel’s property. 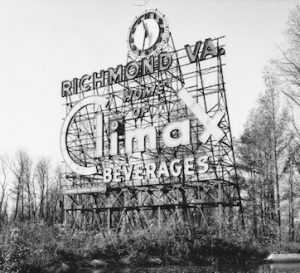 The neon sign Climax once had on Belle Isle. (Dogtown Dish)

“The sign won’t be cheap to do but it’ll be cool,” Hild said. “We have to go through the appropriate permitting but we’re hoping the various stakeholders will look positively on the relaunch of the brand.”

The Hilds, through their Church Hill Ventures acquisition and development arm, own more than two-dozen properties around Manchester, many centered around the Hull Street corridor.

Michael Hild also serves as CEO of Live Well Financial, a mortgage company he launched in 2005.

They’ve begun to redevelop some properties with new commercial tenants they’ll also own. Hot Diggity Donuts and the Butterbean Market & Café are preparing to open at 1213 and 1204 Hull St., respectively.

They also have a pair of breweries in the works: Dogtown Brewing Co. and Manastoh Brewing at 1209 and 1128 Hull St., respectively.