Richmond is in the Top 10 on Forbes “Coolest Cities” List!!

Certain cities are on everyone’s wish lists: New York, Austin, Nashville. And they belong on those lists.

But it’s a big country, and there are so many more places to see—including, increasingly, cities that we never would have given a second glance. Thanks to grassroots and civic revitalization projects, creative types taking advantage of cheap real estate, and the realization that small can be beautiful, a new list of must-see cities is forming.

I asked high-end travel designers about their favorite domestic destinations. These are people who deal in the exotic, who send their clients to have once-in-a-lifetime experiences in far-flung locales. But when I asked about what’s in our own backyard, they were full of enthusiasm. Here are their places to go now. 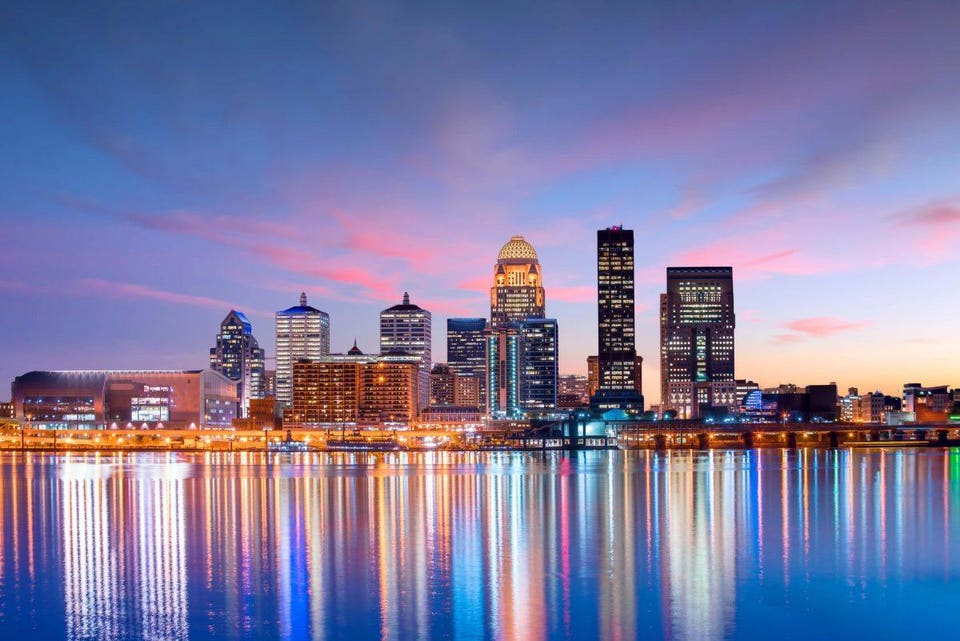 “Louisville is all about good times and good vibes, with vibrant music and art, and a burgeoning food and drinks scene, all characterized by notable southern hospitality,” says Tom Marchant, the co-founder and owner of Black Tomato. It’s also home to some excellent places to stay, from the storied Brown Hotel to the buzzy 21c boutique hotel that also serves as a contemporary, multi-venue art museum. “You can get to the heart of a city by looking at its drinking culture,” he continues. Kentucky is bourbon country, and “the nearby home of Bulleit Bourbon at Stitzel-Weller Distillery is a must-see.” 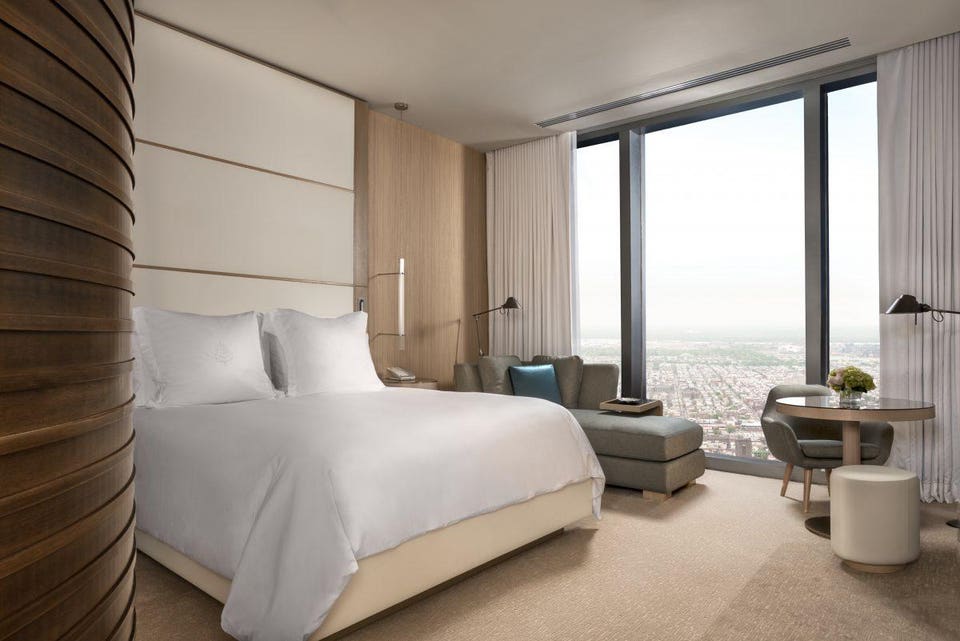 With the Eagles’ exciting first Super Bowl win, a new Four Seasons opening this fall and a creative influx in the Fishtown neighborhood, Philadelphia should be on everyone’s radar, according to Melissa Biggs Bradley, the founder of Indagare. Not far from the Four Seasons is one of the city’s most buzzed-about bistros, Royal Boucherie, which is helmed by a Top Chef winner. “After exploring the city’s noble arts and history attractions (don’t miss the art treasures at the Barnes Collection), experience its modern life in Fishtown.” Check out Wm. Mulherin’s Sons, a cool hotel and Italian eatery housed in a 100-year old distillery, and Vestige, a design-forward boutique. 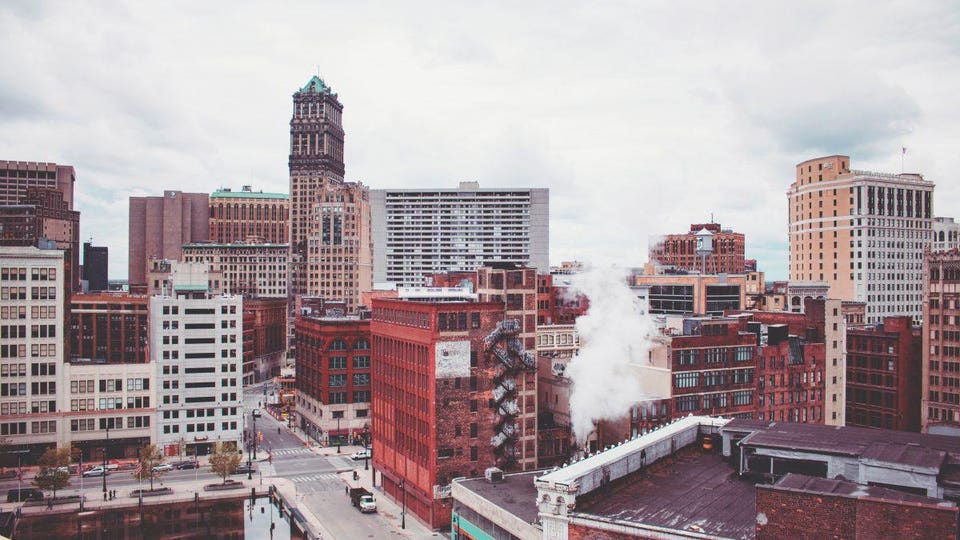 “Detroit’s renaissance is a testament to the city’s resilient, creative locals, who’ve revived the once moribund metropolis and set the stage for a compelling, quirky place to explore,” says Marchant. “There’s a palpable authenticity to Detroit.” The Heidelberg Project, a remarkable outdoor art space, has taken over vacant lots and abandoned homes, creating beauty in an unexpected place. The historic architecture is also impressive, from the Michigan Central Station to the Inn on Ferry Street (worth a stay). Shinola Detroit has done its part to bring industry to the area and has expanded its offerings beyond watches and into an ambitious, and impressive, new hotel due to open soon. The food scene is blossoming too. 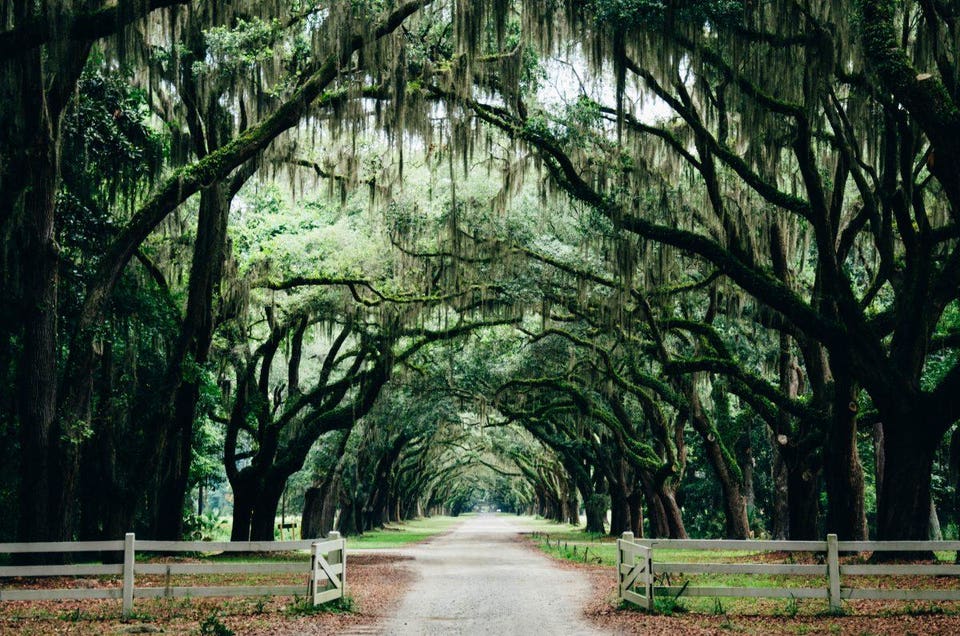 “One of the best-preserved vestiges of the American South, Savannah proudly displays gracious hospitality, beautiful architecture, rich history and classic charm,” says Biggs Bradley. Creativity is a big part of the city’s fabric, as it’s home to the Savannah College of Art and Design. This year, exciting debuts abound, such as the new Perry Lane Hotel in the heart of the historic district. The low country culinary scene is also heating up with the addition of Sean Brock’s fourth Huskoutpost, as well as hot spots like the retro-chic Little Duck Diner for Asian-influenced Southern fare, the vegan café Fox & Fig, and the Grove, an upcoming restaurant and rooftop with panoramic views of downtown. 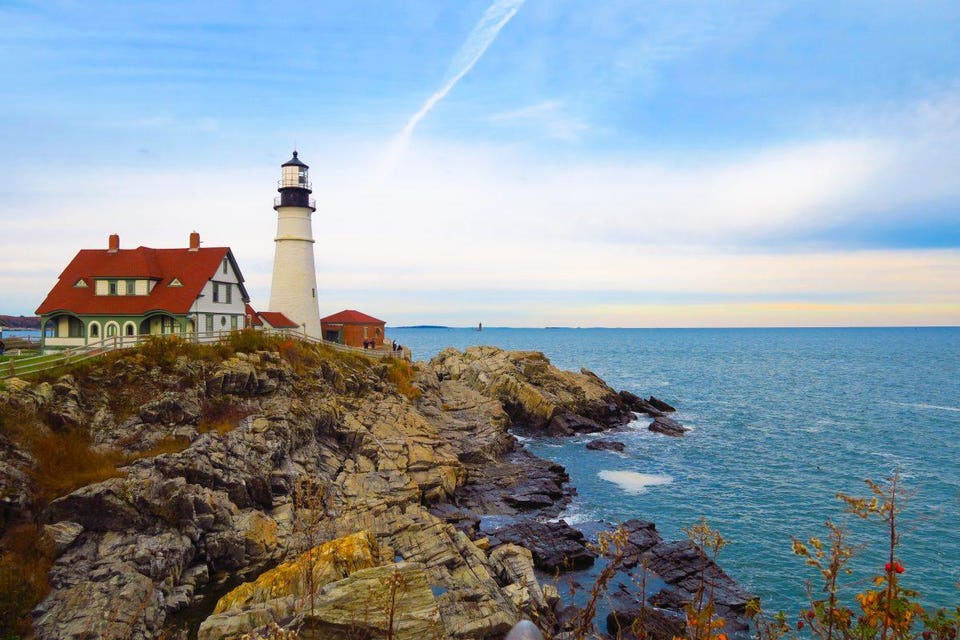 Turns out, the other Portland is cool too. “While Maine has a faraway, often otherworldly feel, Portland is easily accessible and quickly becoming a notable place for a vacation,” says Marchant. Summers in coastal Portland are lush, and the early autumn is stately. In season, it’s notably cosmopolitan with interesting bars, restaurants and, of course, lobster. “While Portland may be seeing a surge of energy, it still exudes classic New England vibes.” Stay at the peaceful, historic Danforth Inn or take a ferry to The Inn at Diamond Cove. And excellent breweries abound, notably Bissell Brothers and Stroudwater. “For something quirky, and very Maine, check out the International Cryptozoology Museum, the only one of its kind in the world.” 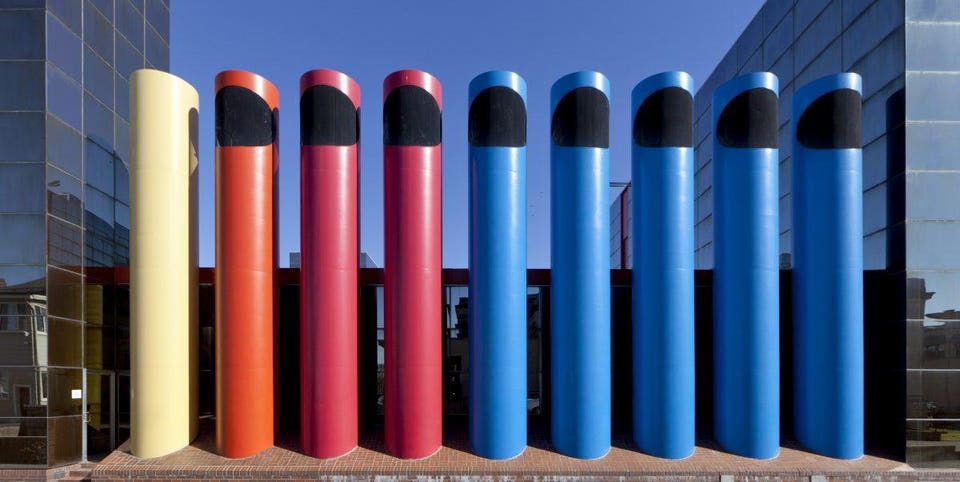 The AT&T/SBC Switching Center in Columbus

“The unlikely city of Columbus has become a hot spot for architecture buffs,” says Biggs Bradley. The town’s design mastership is credited to an engine industry mogul who sponsored several notable projects in the 1950s with the aim of revitalizing the city. Today Columbus is home to some 80 modernist buildings designed by some of the 20th century’s best-known architects, including I.M. Pei and Richard Meier. This year is first Exhibit Columbus show, which will celebrate modern architecture with a citywide festival and outdoor installations. “This expo is sure to put the small but mighty Midwestern city on the map. Visit now, before the crowds descend.” 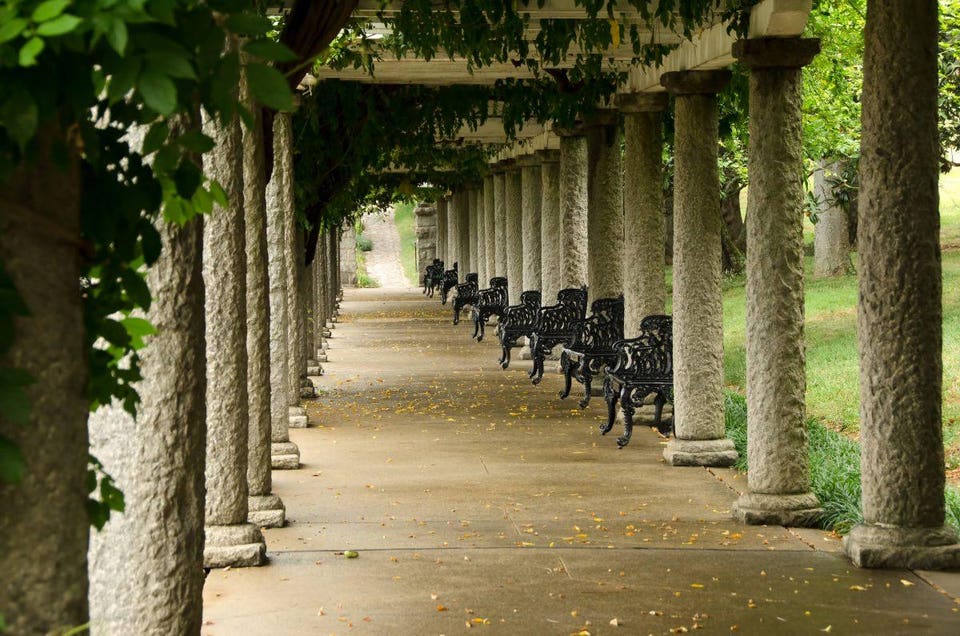 According to Marchant, Virginia’s historic capital is “buzzing with young energy and signature southern charm. Its culinary offerings are cutting-edge and reason enough to visit, with new restaurants popping up all the time.” Shagbark in the Libbie Mill Midtown neighborhood is exceptional, as is Saison in Jackson Ward. For craft beers, the Veil Brewing Company in Scotts Addition is a must. “Richmond is effortlessly stylish, and for one of the most expertly curated men’s, women’s and home stores in the country, Need Supply continues to set the bar very high.” Stay at the recently remodeled Jefferson Hotel for opulence (or an exceptional martini) or The Quirk for a more boutique setting. 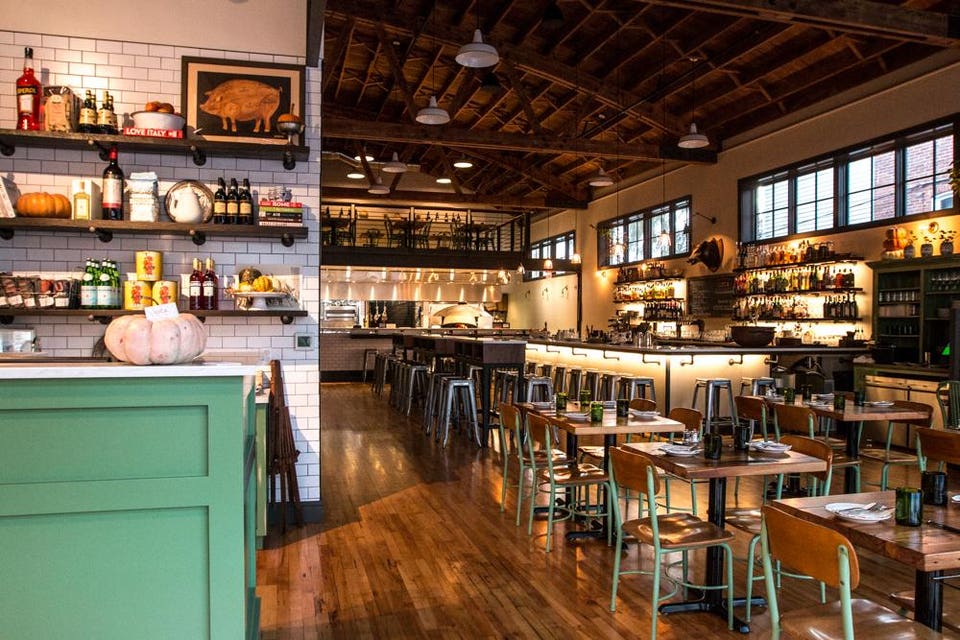 This newly hip Victorian city—just three hours from New York City—is still one of the U.S.’s best kept secrets, says Marchant. “The center of Amish country is bucolic but boasts a bustling food scene and is quickly becoming a cultural hotbed. The architecture is the real star, so explore the alleys and cobblestone streets by foot, checking out the many repurposed old warehouses that house thriving businesses, such as the Thistle Finch Distillery for cocktails and The Fridge for well-curated beers.” The culinary star is Luca, quickly gaining national acclaim for its Italian dishes that pay homage to local farming communities. “The arts are central to Lancaster’s growth, notably the stunning Fulton Theatre and neighboring Prince Street, Lancaster’s gallery row, which pulses with art on summer first Fridays.” 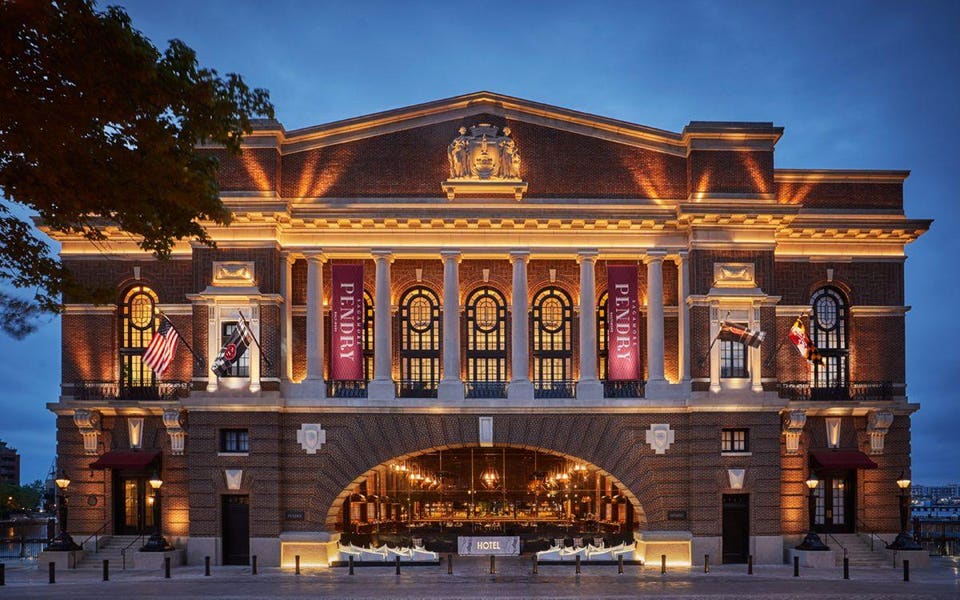 Despite its history as one of the country’s most important ports, Baltimore has been overlooked, notes Biggs Bradley. “But now, with the new Sagamore Pendry Baltimore hotel, a burgeoning arts scene and the planned Under Armour campus, Baltimore’s moniker of Charm City is becoming a reality.” Owned by the billionaire CEO of Under Armour and Maryland native Kevin Plank, the hotel has an acclaimed restaurant from Michelin-starred chef Andrew Carmellini. “Baltimore’s art scene is also on the rise: Local artist Amy Sherald recently unveiled Michelle Obama’s portrait for the National Portrait Gallery and now sits on the board of the Baltimore Museum of Art. This year, the museum is showcasing such pioneering exhibitions as Moon Dust, an illumination installation work by Spencer Finch, who is known for his works at New York’s High Line Park and the National September 11 Memorial and Museum.” 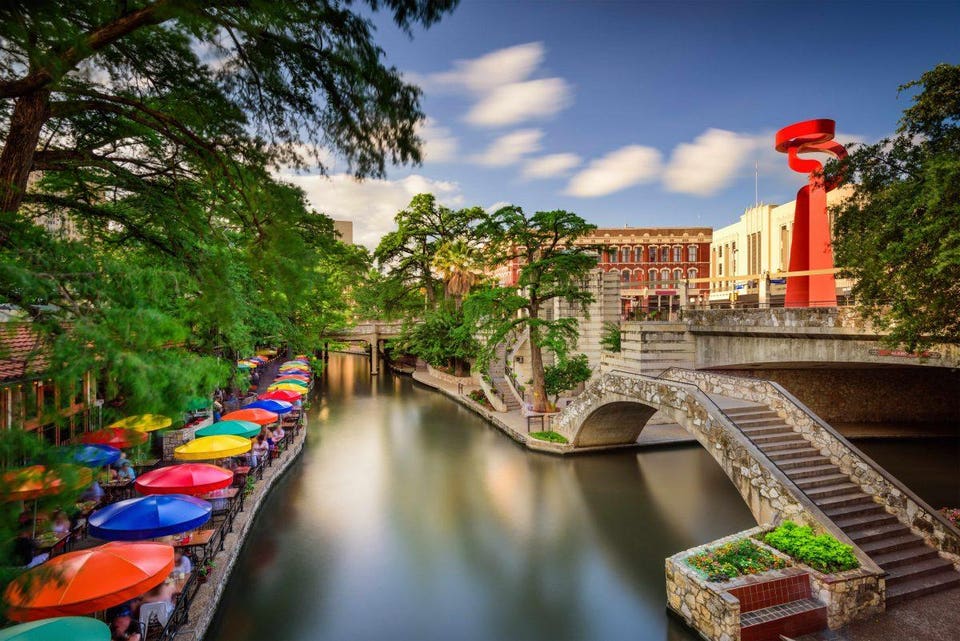 San Antonio’s proximity to Mexico plays an integral role in its sophisticated food, exceptional art and cultural traditions. That makes it a solid alternative to Austin, says Marchant. “The city, celebrating its 300th anniversary this year, has impressive Latin American art in Blue Star Contemporary, founded during a grassroots artist meeting. Also worth checking out is Ruiz-Healy Art in Olmos Park, a gallery curated by Patricia Ruiz-Healy that explores Latin America, borderlands and Texas discourse.” The best Tex Mex is at El Milagrito—order barbacoabreakfast tacos or fideo soup. In April, Fiesta is San Antonio’s answer to Mardi Gras, and “the city goes wild with cultural events.”